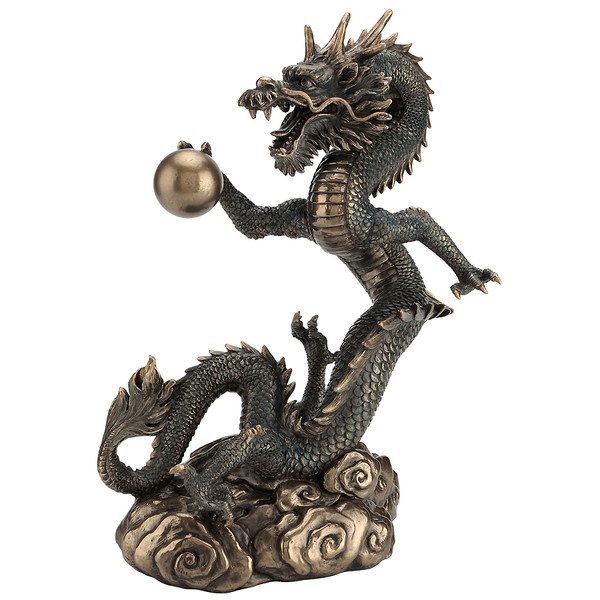 Dragons is auspicious and offers protection. His pearl is symbol of power and knowledge.
This highly detailed dragon sculpture is made with resin casted with bronze powder, then hand finished with blue/ gray hues making this an unique beautiful piece of art.

Japanese dragons are known to be large, wingless, serpentine creatures with clawed feet. Dragons are primarily water deities with the ability to control rain, weather, and other bodies of water respectively. The most common type of Japanese dragon is the Ryu or Tatsu dragon which is believed to be the descendent of the Chinese dragon. The Ryu orginated from Buddhist religion and is thought to be one of the four divine beasts from Japanese mythology (the other beasts include the Kirin, Phoenix, and Turtle). The dragon is often seen with a pearl held in its claws. Many historians believe it to deal with ancient Japanese God-Emperors dating back to Japanese mythology while others believe it to represent the moon, thunder, or spirtual energy that the dragon possesses and can control.