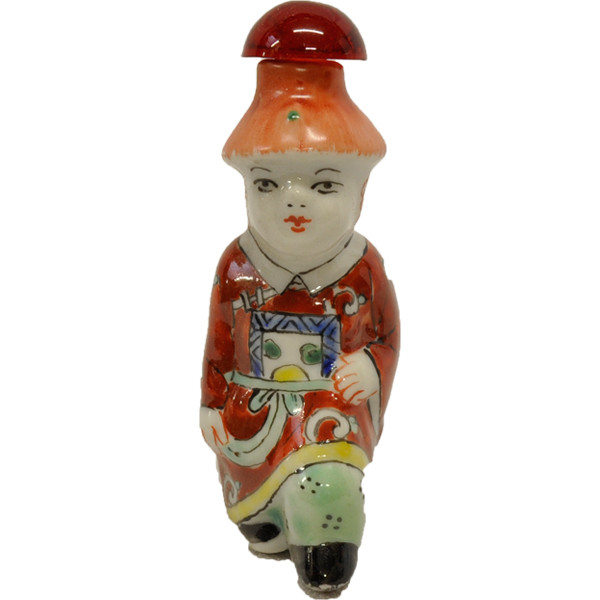 Snuff bottles were used by the Chinese and Mongolians during the Qing Dynasty to store powdered tobacco. Smoking tobacco was illegal during the Qing Dynasty, but the use of snuff was allowed because the Chinese considered snuff to be a remedy for common illnesses such as colds, headaches and stomach disorders. Therefore, snuff was carried in a small bottle like other medicines. The snuff bottle replaced the snuff box used by Europeans. Many bottles are completely devoid of decoration, others are incredibly ornate. As in all Chinese arts and crafts, motifs and symbols play an important part in decorative detail. Symbols are derived from a multitude of sources such as legends, history, religion, philosophy and superstition. The ideas used are almost always directed toward bringing wealth, health, good luck, longevity, even immortality to the owner of an artifact, frequently as a wish expressed in a kind of coded form by the giver of a gift.